What to do in Barcelona

There is no bad time to visit Barcelona. The city is always in motion and hides exciting gems behind every corner. But, to experience the liveliness and pleasure that make the city unique to the fullest, you must celebrate with its locals. Luckily, there are opportunities galore to do that. Mark the following days in your calendar as they are the ultimate moments to head to Barcelona in 2020.

The Epiphany is a huge deal in Spain. In the grand finale of the festive season, kids receive the biggest presents of all, and families gather for the last, snowy celebration of the holiday. In Barcelona, a grand parade with the three kings and their magical entourage roams the streets and warms up the hearts of all ages the night before. For one weekend in February, Poblenou, Barcelona’s busiest business district, gets lit up by the work of over 20 local and international light artists. Follow the lasers from one installation to the next while you stroll through the chilly Eixample.

The carnival of Barcelona is a rather intimate gathering. Many neighbourhoods organise small parades and parties and in the city centre, a sizable cavalcade marches through the streets. Yet, to experience the real Catalan carnival, you’d better take a train to Sitges, a picturesque coastal town 40 minutes west. Here, madness characterises the colourful carnival week with big costumes, tons of confetti and tens of thousands of party people.

Forget Valentine’s day. In Catalonia, Sant Jordi is the day of unaltered love. Traditionally, girls receive a rose from their loved ones and boys a book. Therefore, the streets are filled with book and rose markets where hopeless romantics take their pick.

During the museum night, you can visit your favourite museums long after the usual closing time. Until 1am, the collections of most museums remain on display, often with atmospheric events and activities on the side. Barcelona kicks off the spring with a vibrant, alternative festival with ocean views. The line-up keeps a safe distance from all that’s commercial, yet the festival welcomes everyone to its amazing bubble of beats.

Traditionally, June is Pride month – a month during which the global LGBT+ community hits the streets to demand equality and respect. During the last weekend of June, Barcelona turns pink as well, with a big parade, plenty of parties and a fair share of unconditional love taking over the city. Sónar is the annual gathering of all the big names on the Catalan, Spanish and international electronic music scenes. Together, they host a series of legendary sets, parties and showcases to entertain an international audience.

In Catalonia, summer solstice is celebrated with fire. All over the region, you’ll bump into bonfires and correfocs (traditional fire parades). Children aged seven to 77 enjoy themselves outside, lighting fireworks and firecrackers, filling the streets with festive bangs until the early hours. The theatre of Montjuïc’s Greek garden is the stage of a most-cosy theatre, dance, circus and music festival: Grec. All summer long, they host events in the historic hemisphere, as well as in many other theatres around town.

In summer, the Castle of Montjuïc turns into the biggest cinema in the city. Multiple times a week, you can sit down on the grass and enjoy a film beneath the stars. The films are always shown in their original version with Spanish subtitles, so you don’t have to worry about Spanish dubbing. No Festa Major in all of Catalonia is as popular as the one in the district of Gràcia. Its main attractions are the spectacularly decorated streets. All year long, each street’s committee creates brilliant decorations to spruce up the roads with, hoping to win the title of Best Decorated Street.

On 11 September 1714, Catalonia lost the war to Spain. They remember this day every year by celebrating it as their national holiday. Besides fireworks and concerts, the main event is the humongous independentist protest in the heart of the city. In 2014, a record 1.8 million people waved their banners at this peaceful protest. It always kicks off exactly at 5.14pm (or 17.14, the year of the Catalan defeat). On top of each district’s proper Festa Major, the city of Barcelona also hosts a big one at the end of summer. Correfocs, concerts at the beach, light festivals and markets entertain all demographics while awaiting the big magnum opus: the piromusical, or musical fireworks on the final night.

La Castanyada is a festival for the hungry, as all there is to do is eat and drink. Traditionally, the dessert of the Castanyada dinners consists of roasted chestnuts, panellets (almond balls covered in pine nuts), moniatos (roasted sweet potatoes) and candied fruit. To help you digest it all, they serve a fine glass of Moscatell (Muscat) on the side. Salut! Although Barcelona is not a Christmas city per se, there are many fun things to do when the holidays kick in. At Plaça Nova, in front of the cathedral, you can shop at the Fira de Santa Llúcia. This Christmas market does not sell your average mulled wine and raclette, but offers the most beautiful pesebres: statues for your nativity scene.

Ready to go to Barcelona?

Great! Because we take you on an amazing weekend trip to the Catalan capital. Follow in our tracks in our brand-new e-book A weekend in Barcelona. This digital travel guide takes you past the city’s hidden secrets and legendary sights for one busy-yet-atmospheric weekend in the Mediterranean metropole.

2254 Restaurant: The kitchen of Nuncio Cona

BYHOURS: When you only need a hotel for a few hours, say hi to microstays

Sala Bagdad: A night to remember at one of Barcelona’s most historic clubs

In 1888, just in time for the Universal Exposition of Barcelona, a large monument was erected at the bottom of La Rambla, which has become one of the most important…

Montserrat: Inner peace above the clouds

Back in 1025, Abbot Oliba founded a monastery in Santa Maria de Montserrat. Today, it is an essential destination for many pilgrims. Montserrat will most definitely leave you speechless, astonished… 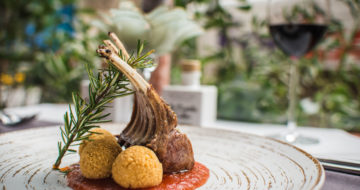 In the heart of the famous Eixample neighbourhood, in the busy city of Barcelona, you will find a cosy and inviting place where you can taste the familiar flavours of… 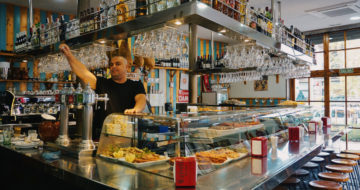 Bar Celta: Where to find the best traditional tapas in Barcelona

Inan age when Spanish food has become internationally hip, and tapas in particular even more so, it can often be hard to find somewhere truly traditional and authentic. Barcelona’s Gothic…

For the Aztecs, it was considered the food of the gods, and for many today, chocolate might as well be of divine inception too. Its addictive nature lifts the spirits… 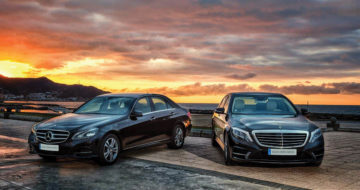 Blai Limousines: Much more than a journey

Have you ever had the pleasure of being truly chauffeured? No, not merely in a taxi. A real chauffeur is more than just a driver: they are true professionals, assistants,…

Barcelona counts many train stations, the biggest of which is Sants Station. Here, you can take trains to all of Catalonia, hop on trains to other Spanish regions or to France or take one of the AVE high-speed trains. Check www.renfe.com for the timetables and to order tickets.

Barcelona is easy to reach by road. When coming from France or anywhere on the west coast, take highway AP-7, followed by the C-32 in the south or C-33 in the north. From Madrid, follow the A-2 to Zaragoza and then take the AP-2 to Barcelona.

If you have access to a private boat, it is possible to sail directly to one of Barcelona’s multiple marinas. If you don’t have a yacht at your disposals, you can go by cruise. Barcelona is the starting point of many cruise holidays and a popular stop on many others.

Fly to Barcelona-El Prat International Airport, Spain’s second airport which is located just outside of the city. From here, you can head to the city centre by train, metro, bus, AeroBus or taxi. In less than 30 minutes, you will be there.

Many bus services connect Barcelona with the rest of Catalonia. Inside the city, the public transport network of TMB is more than sufficient to bring you to anywhere you want. If you come from further away, take one of touring busses which head to Barcelona’s North Station.