Although comfortably established as a leading capital of culture and sophistication, Paris has long been a revolutionary place. In 1889, celebrating the centennial of the French Revolution, Paris hosted the Universal Exposition, a major-scale event held over six months, covering a square kilometre of the city centre. The event celebrated the country’s and the world’s scientific and technological progress, and ushered in a promising new century: by the early 1900s, Paris had become Europe’s hotbed of artists, as well, with significant foreign musicians, painters, and writers (such as Pablo Picasso and Gertrude Stein) settling in the city. Another century later, one thing is clear: in Paris, creation is tradition, and the city fills all those who go through it with an energy that has to be experienced to be understood.

Whether you are a first-timer in Paris or a return visitor, the odds are you’ll only experience a fraction of what the city has to offer by the time you leave. But never fear; at times, the capital feels more like a general mood than a sum of places. Paris, in the words of Ernest Hemingway, is “a moveable feast”, a changing geography of energy and ‘savoir-vivre’. To that end, below are a few routes and suggestions on how to make your stay memorable. 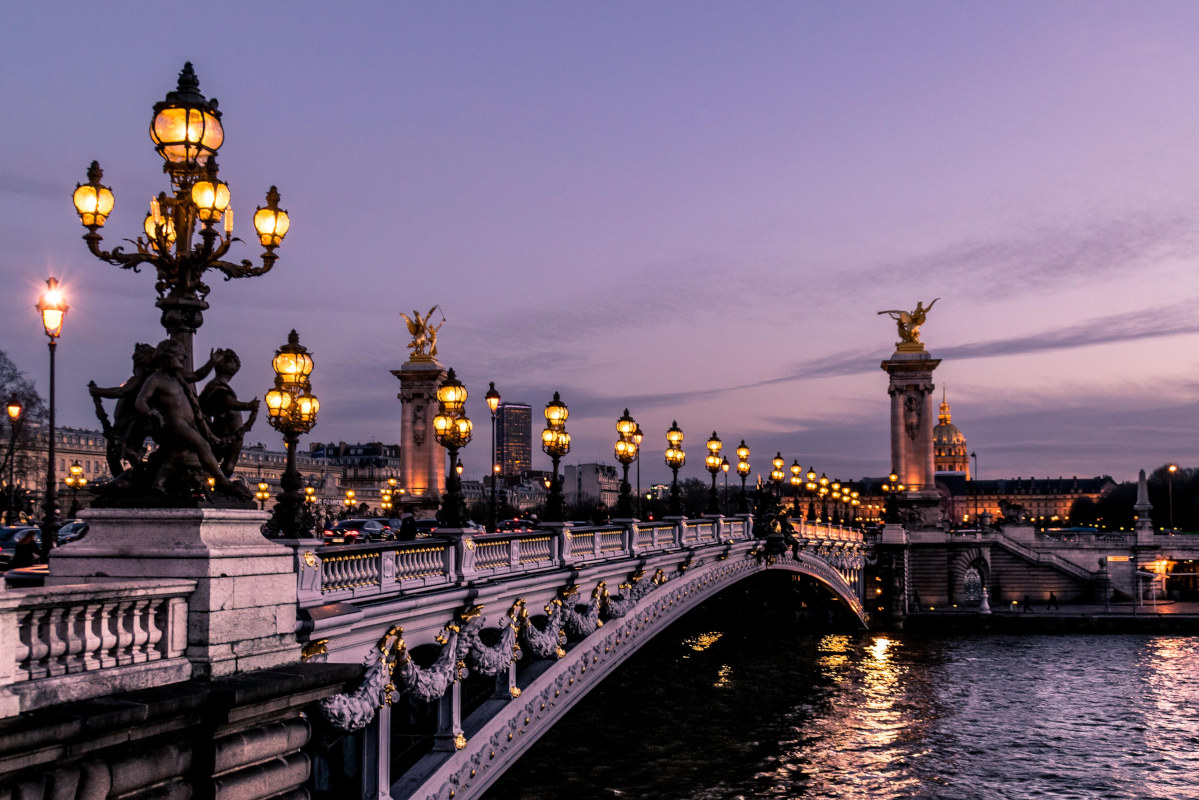 Bienvenue à Paris! Check into your accommodation, grab a croissant and a ‘café serré’ at the nearest boulangerie, and set out to discover as much as you can. The Saturday is best spent exploring and place-hopping, as many businesses will be closed on Sunday. Start north of the Seine and make your way towards the Butte Montmartre (Métro Abbesses). Popularised by the 2001 film Amélie, the neighbourhood has become more touristic in recent years, but it has retained its casual elegance. Enshrining the Sacré-Coeur Basilica and dotted with cafés, bistros, flower shops and other colourful establishments, Montmartre’s village feel makes it an ideal place to start discovering Parisian life. Romantics at heart can stop at the nearby ‘Mur des je t’aime’, a 40-square-metre wall created by visual artists featuring 311 love declarations in 250 languages. Some of Montmartre’s best places for lunch have names as quirky as the food is tasty: La Boîte aux Lettres (The Mailbox), La Vache et le Cuisinier (The Cow and the Cook) or Le Carafon (a small wine carafe) are all good bets. 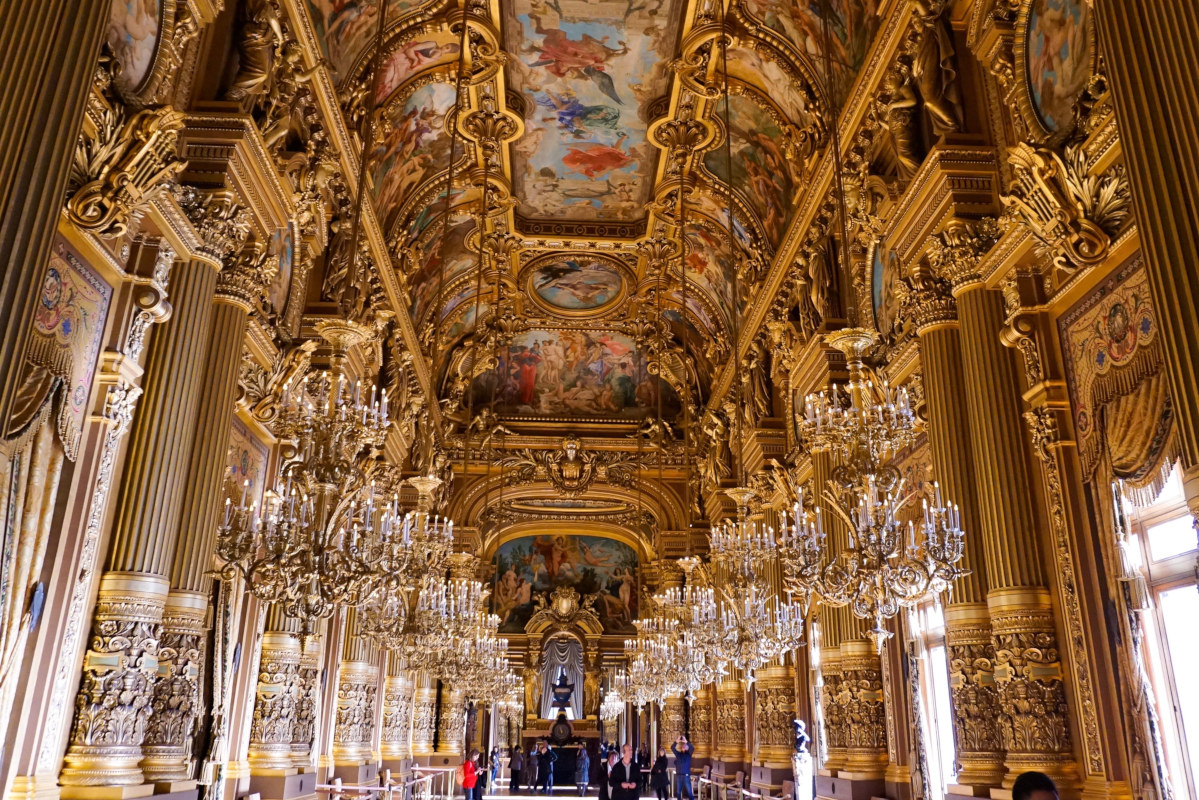 In the early afternoon, you have two options: take a metro eastward to La Villette, and have a digestive walk around Paris’ third-largest park. Scientific minds might also delight in a visit to the City of Science and Industry, Europe’s largest science museum. In case it rains, take refuge at the Géode, an arresting globe of monumental size finished in a reflecting surface and which serves as an IMAX theatre, offering immersive nature and travel documentaries. Alternatively, if you’d rather explore the local Parisian spirit, head north to Porte de Clignancourt and the bustling Saint-Ouen Marché aux Puces. It is the largest antiques market in the world (Paris likes to do things big, evidently), offering some 2,500 stalls across the neighbourhood. For a touch of intense ‘Parisianess’, top off the afternoon with a visit to La Chope des Puces (closes 7pm). A dinky jazz club, La Chope casually hosts France’s most accomplished players of Jazz Manouche – a red-hot, hard-swinging style founded by the two-fingered guitar icon Django Reinhardt. 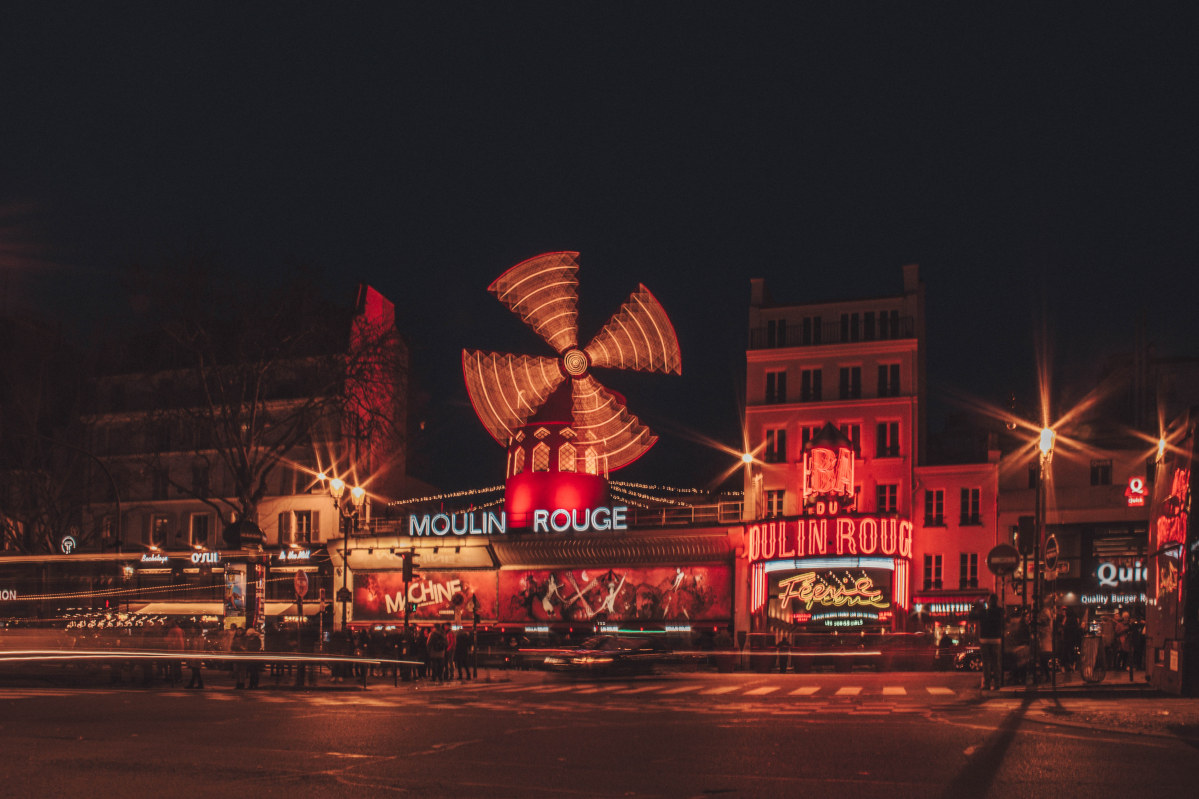 As the evening sets, make your way back towards the historic centre via a passage through the infamous Pigalle and its Moulin Rouge. A walk along the Seine should whet your appetite, and present plenty of dining options on either side. Thereafter, Paris offers plenty of evening and night-time entertainment: for cinephiles, the Cinéma du Panthéon and the Lost in French Translation group offers French films with subtitles. Music-wise, Paris is one of the main classical music centres worldwide, with the Palais Garnier, the Opéra Bastille and the Théâtre des Champs-Élysées, to name a few. Jazz lovers will find happiness at one of the countless top-tier music venues such as the Duc des Lombards, the Caveau de la Huchette and the Baiser Salé (‘Salty Kiss’). 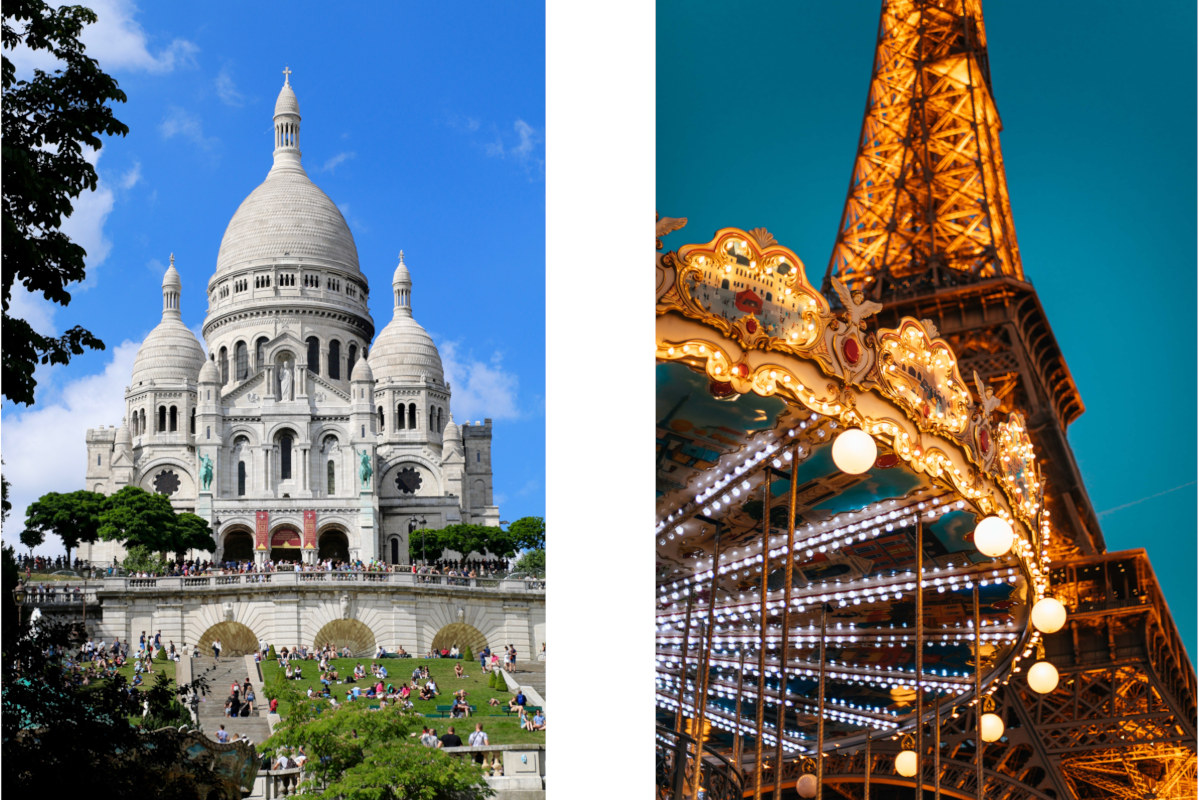 After immersing yourself in Parisian life, we suggest you turn to one of the capital’s major products: art. Paris is simply constellated with museums, from legendary institutions to small, quaint houses full of objects from another time. We’re sorry to say that it is very difficult to choose. A fun way to do it, however, is to start just south of the Seine, at the Museum of National History (a mind-bogglingly vast exploration of the evolution of life on earth. The magnificent Grande Mosquée and the Panthéon are just a few minutes away, as is the Arab World Institute, a secular institution for cultural research set in a stunning example of modernist architecture. 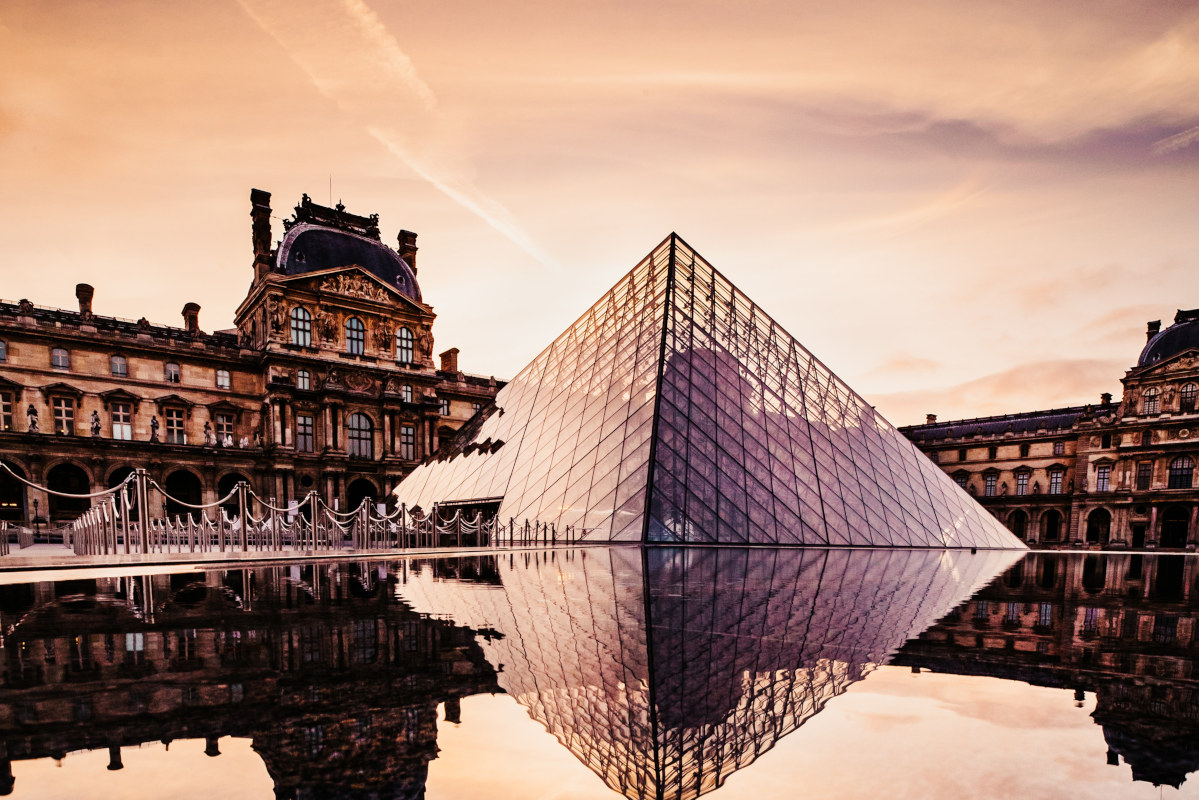 From there, go west towards Notre-Dame and the Eugène Delacroix National Museum. Impressionism buffs will be spoiled for choice in this area: sitting on either side of the Seine, the Orangerie and the Musée d’Orsay (dramatically set in a former railway station) are both landmarks for impressionistic works. The Louvre, of course, has pride of place at the heart of the 1st Arrondissement. Further west along the river, you can bask in sumptuous sartorial pieces at the Yves Saint Laurent Museum, travel to remote regions at the National Museum of Asian Art, or visit the house of Honoré de Balzac, one of France’s seminal 19th-century writers. Crossing the Seine again, discover an intriguing collection of tribal artefacts at the Quai Branly Museum. After ingesting all this culture, you’ll likely be hungry for some more worldly food. Consider dining at L’Affriolé or Au Petit Tonneau for a final meal in the rich, generous French style. And if you time it right, you might even see the sun set on the Eiffel tower – it’s just down the road from there. 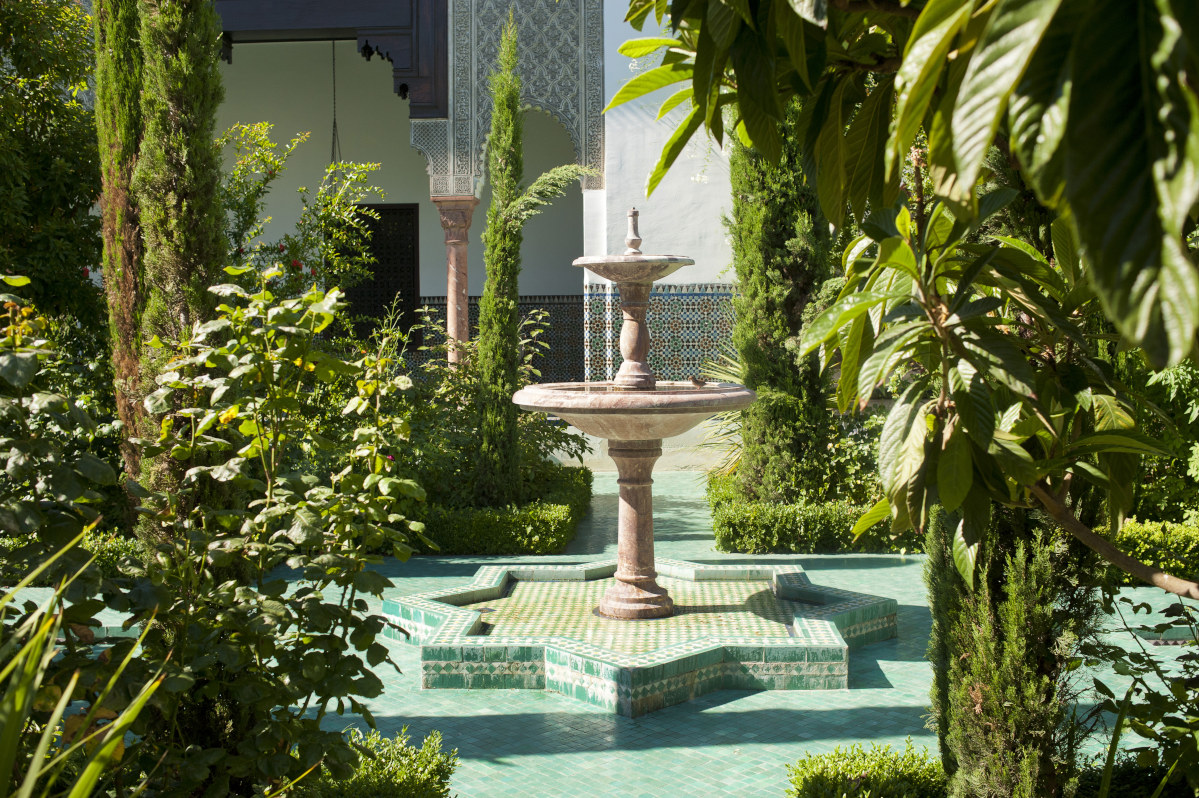 Getting there Paris is as easy to get into as it is difficult to leave. The Paris Orly and Charles de Gaulle airports connect the capital to a vast array of destinations within and outside of Europe. The many train stations, especially the Gare de Lyon and Gare du Nord, provide comprehensive connections to the rest of France, while the Eurostar will take you to Britain, Belgium or the Netherlands in a couple of hours. Getting around The city benefits from an efficient metro service; just try and avoid peak hour with luggage or you might get some dagger eyes from the locals. We recommend renting a bicycle for a day – between the public Vélib’ bike rental system and other companies like Paris à Vélo, the options are numerous.