There’s more magic to find in Southern Europe than just at Disneyland Paris and the enchanting slopes of the Mont Saint-Michel. In fact, legendary tales like Beauty and the Beast, Cinderella and Puss in Boots were all penned down in our dreamy region. So, why not exchange your travel guide for a children’s book for once and let fairies and kings be your guides? Because, a kingdom far, far away might not be that far away after all. 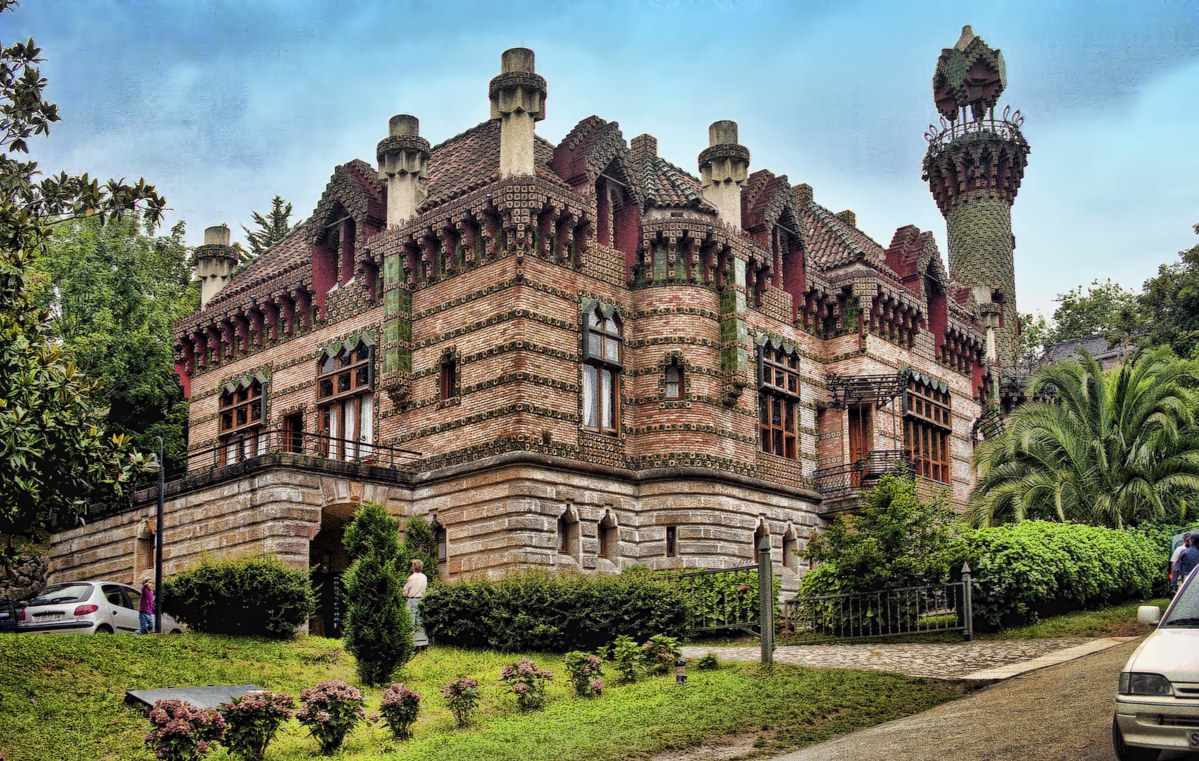 Where Antoni Gaudí is mainly known for his work in Barcelona and the rest of Catalonia, his masterpiece called El Capricho adorns the landscape of the northern-Spanish region of Cantabria. It was built for the rich industrial Maximale Diaz of Quijano and reflects Catalan architecture throughout the ages. The building has Dorian columns, a Moorish minaret, Modernist tilework… and a whole lot of fantasy. Today, the unique estate is a popular tourist attraction in the region. So, climb this enchanting tower and let your hair down gracefully. 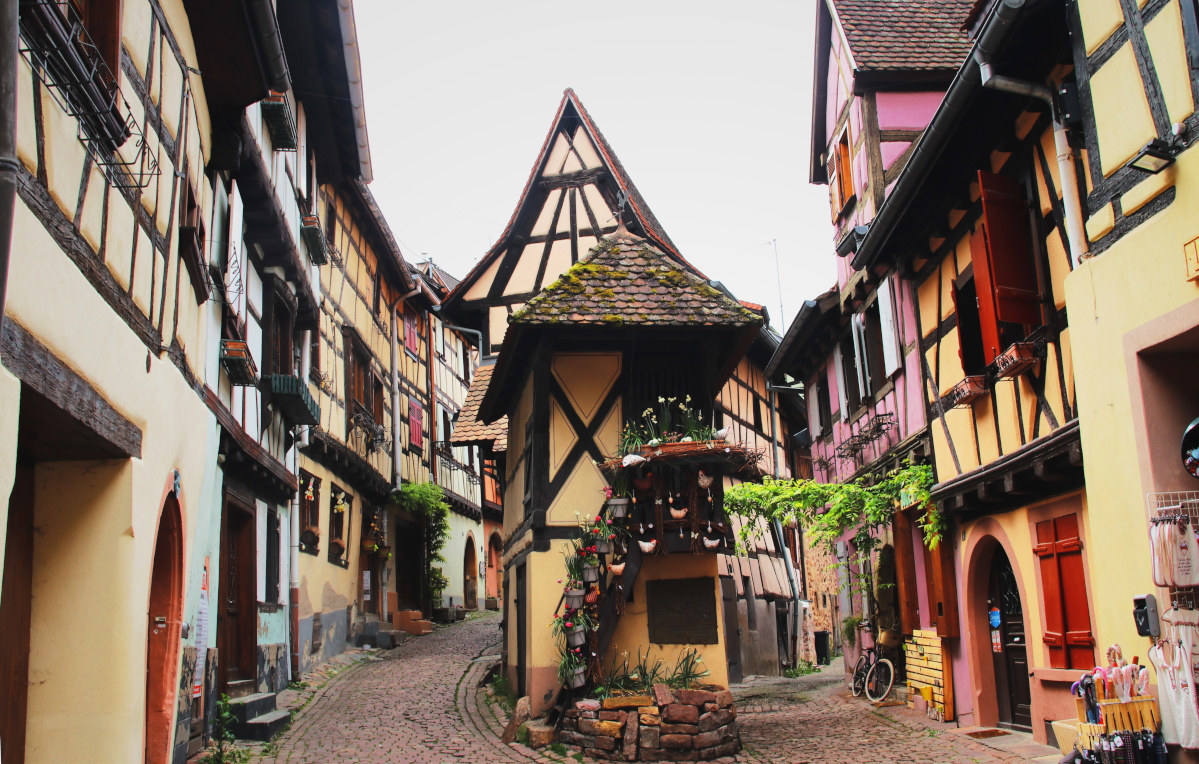 “A little town, it’s a quiet village”. When walking through the village of Eguisheim, it is hard not to hum the opening lines of Disney’s Beauty and the Beast. With its narrow, colourful streets, time seems to have stood still here. It might not surprise you that these charming Alsace villages were the source of inspiration for Gabrielle-Suzanne Barbot de Villeneuve to write the famous fairy tale about unconditional love. Also, the many filmmakers who adapted the story, headed to villages like Eguisheim to experience their unique feel. If you do too, don’t overplan your stay, but just strut through the streets and allow yourself to be surprised. Along the way, hop into butchers, bakeries and restaurants to sample the region’s amazing specialities like ‘baeckoffe’, ‘tarte flambée’ and ‘crémant d’Alsace’. 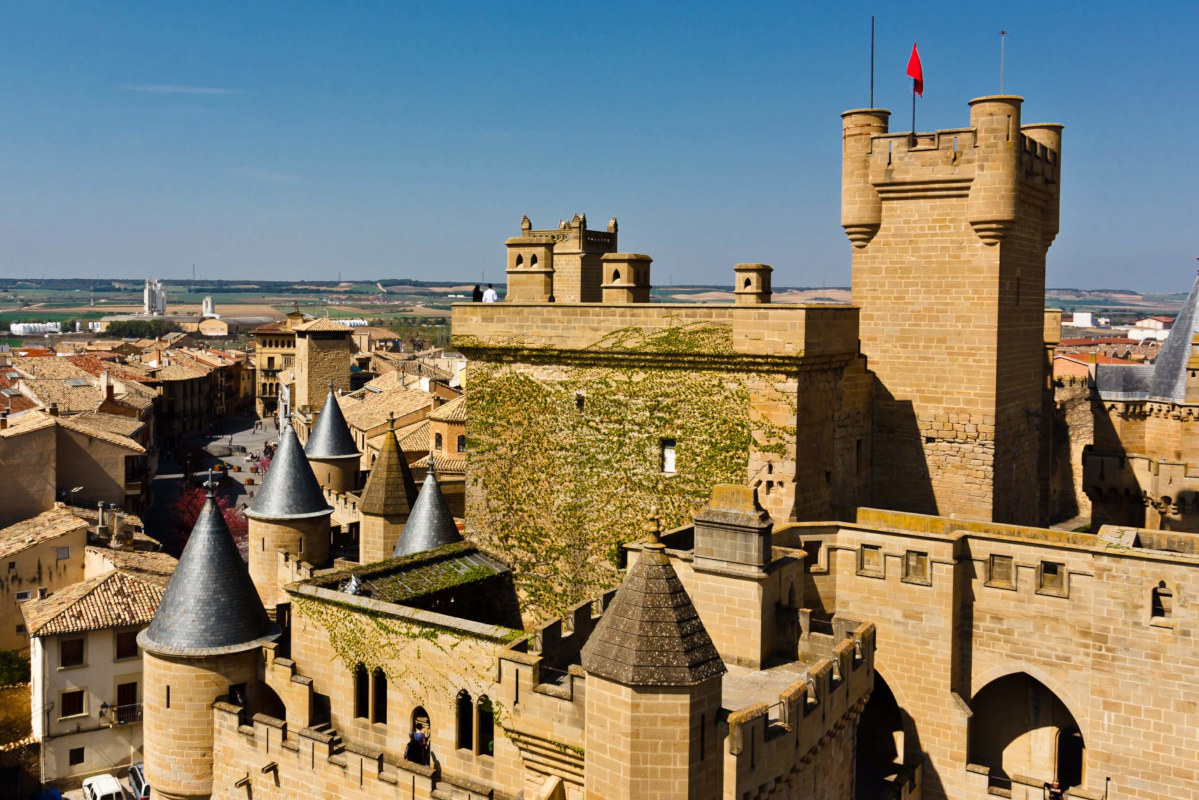 The town of Olite (or Erriberri, as it is adorably named in Basque) could well adorn the cover of a Hans Cristian Andersen folio. Its castle’s round towers seem perfect to lock up princesses in and its with-battlements-adorned walls are made for guards to promenade upon. To King Charles III of Navarre, it was paramount that the castle would impress everyone who looked at it. And it sure did! Rumour has it that the palace counted more rooms than there are days in a year. And not only people walked their floors! Charles III’s grandson built an entire zoo inside the castle’s walls, with lions, giraffes, camels and plenty of birds. The castle you witness today is, however, just a replica of the original. During the civil war, the original one was set on fire to prevent the French from using it as their hiding place. 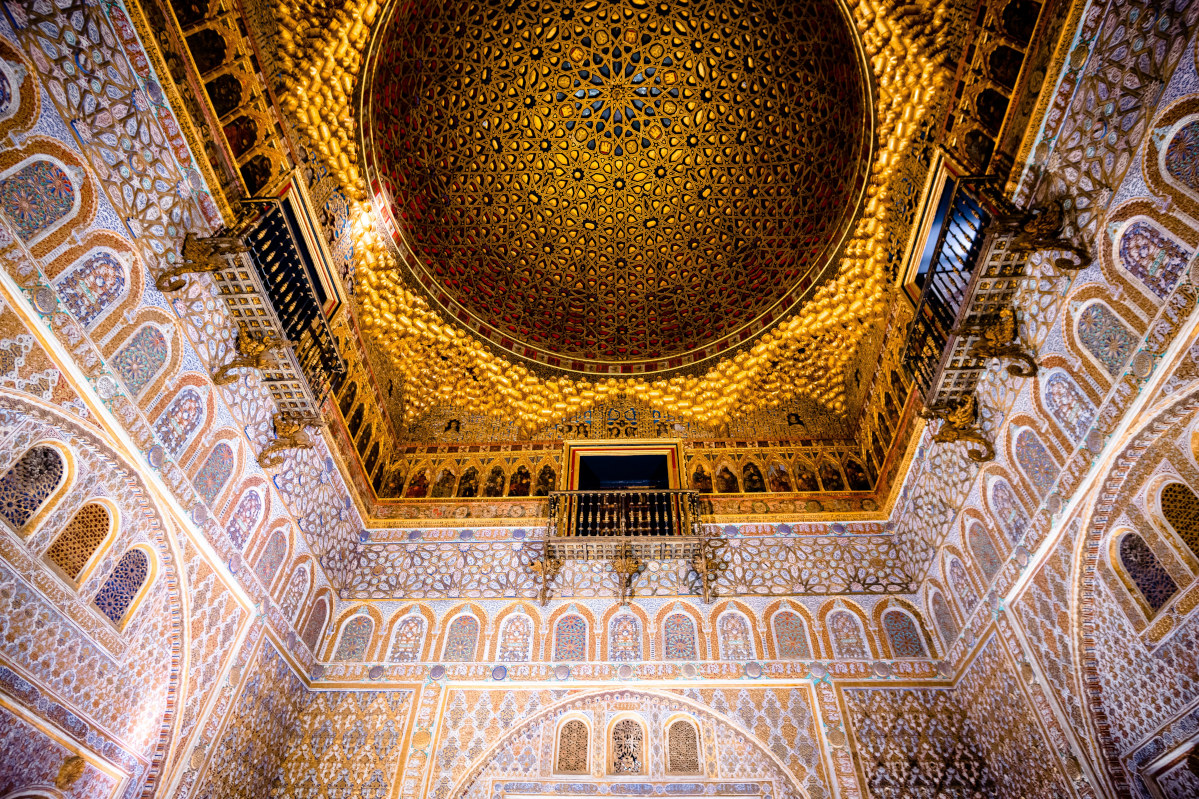 Hop on your flying carpet and head to Sevilla, where the Alcazar Real brings the world from 1,001 nights alive. The construction of the palace started in the 14th century, making it one of the oldest royal palaces of Europe. But despite its old age, it still is unlike any other castle. Its elegant gardens with stunning water fountains and lush vegetation blend in well with the highly-detailed reliefs which adorn all arches and walls. Underneath the fortress, you will find the Baths of Lady Maria de Padilla, a mystical rainwater basin with cathedral-esque vaults and warm, indirect, orange light. 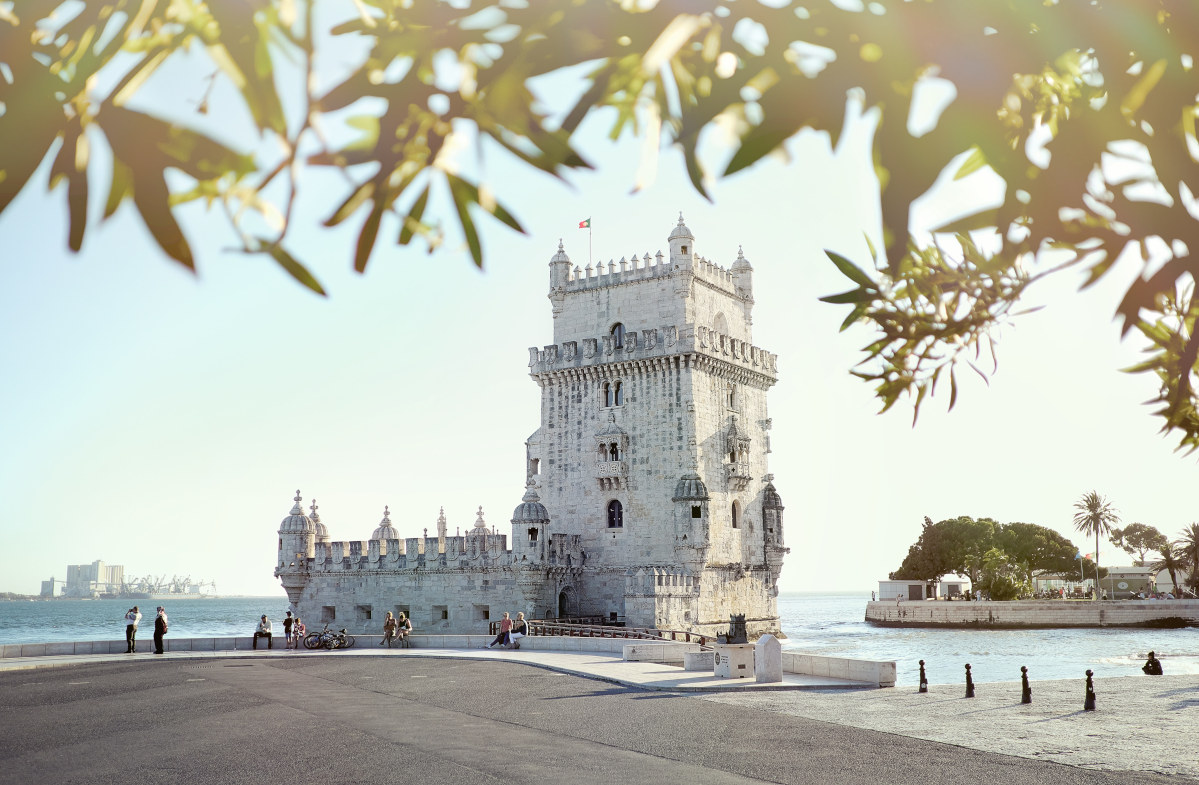 Belém was the beating, maritime heart of Lisbon’s trade and exploration activity. From its port, legendary adventurers like Christopher Columbus and Vasco da Gama commenced their journeys across the seven seas. Upon the district’s shores, the elegant Torre de Belèm waves its explorers goodbye, welcomes them upon their return and scares away their enemies. Since its completion in 1520, the tower has served many purposes, from defence tower to political prison. But today, it is Portugal’s main symbol of the country’s glorious age of discoveries. 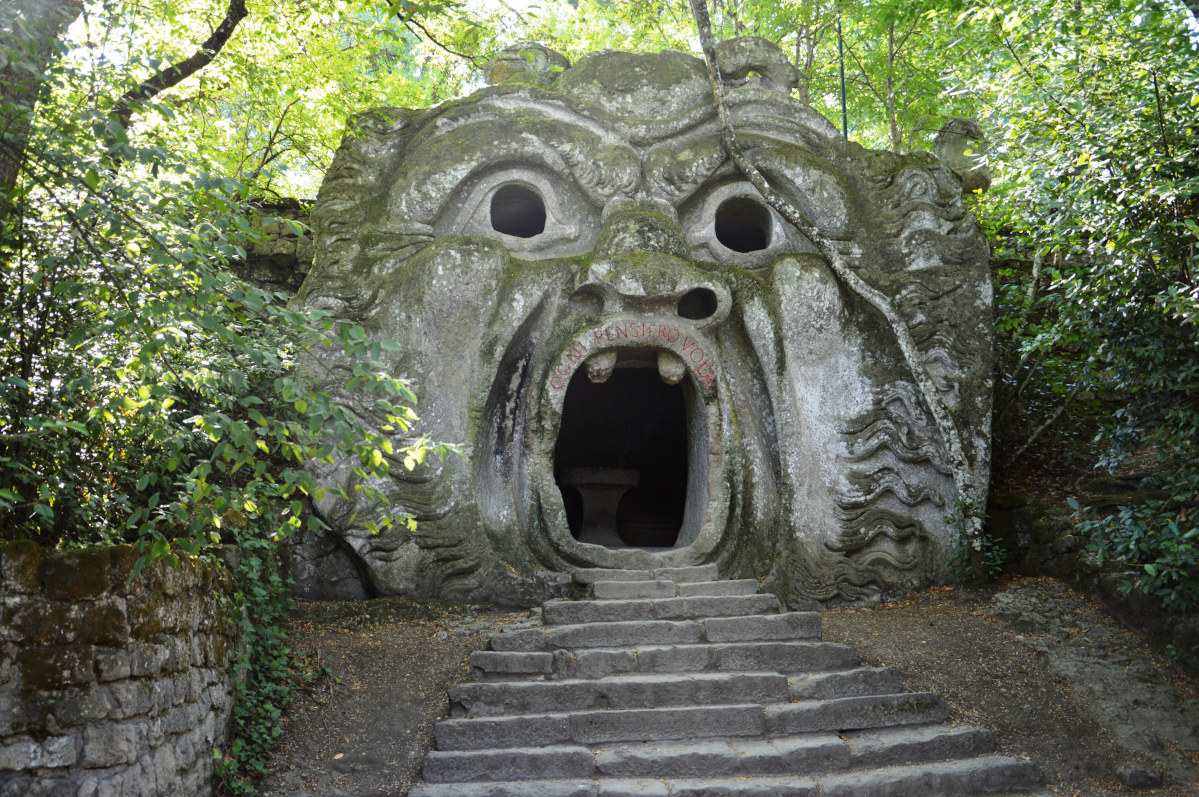 The Gardens of Bomarzo (also known by the slightly contradicting names ‘Park of Monsters’ and ‘Holy Woods’) is one of the most estranging places in Italy. The park was built in 1547 and is dominated by scary-looking sculptures that stare at you wherever you go. Throughout the ages, the park became a forgotten corner of the world, until the Spanish surrealist Dalí visited the park and shot a short film here. Ever since, the Gardens of Bomarzo has gained a more prominent spot in pop culture. It was even the stage of a film adaptation of Lewis Carol’s Alice in Wonderland, and it isn’t hard to see why. 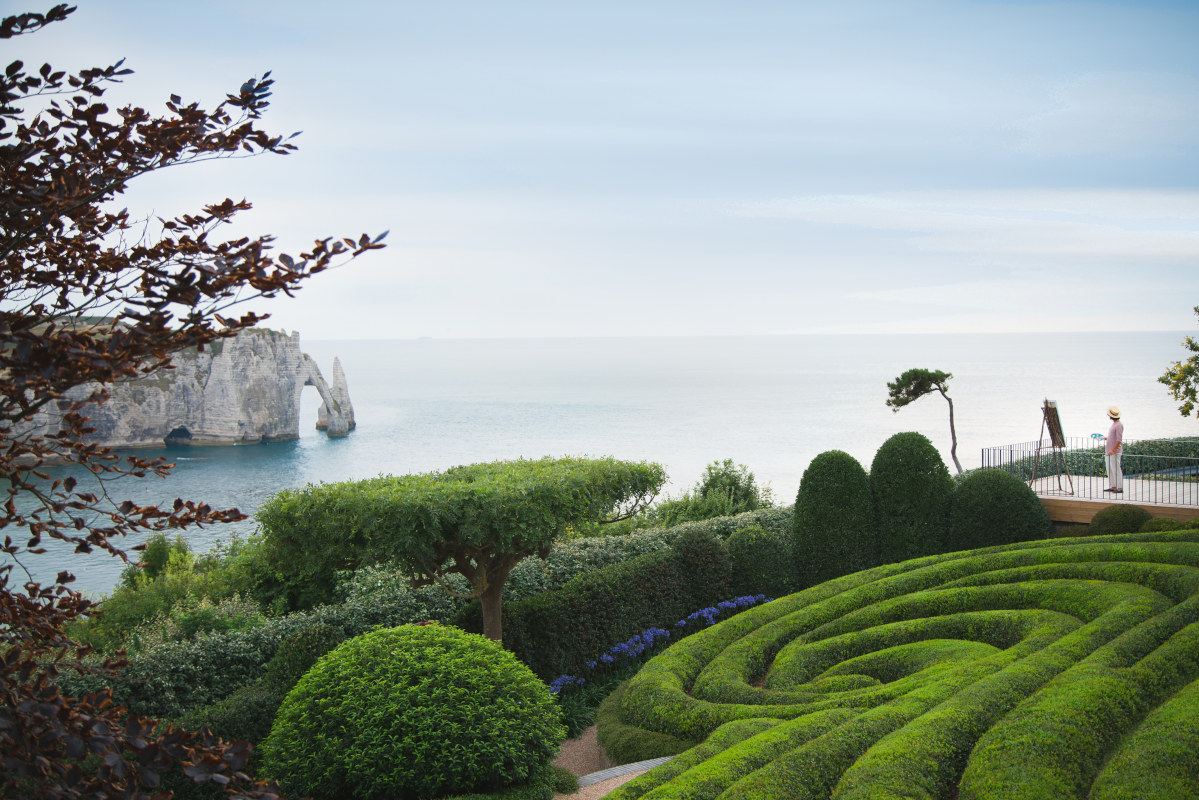 Les Jardins d’Étretat is as close as you can get to Alice’s Wonderland. The yard of curved hedges and great altitude gaps feels like an elegant maze of hidden secrets. Amidst the greenery, many a humongous, chubby head is taking a nap; some with a smile, others with a tormented gurn. From the tip of the whimsical garden, you have a beautiful view over the North Sea and the stunning cliffs. Take your time to strut, gaze and relax, but be careful in the proximity of intriguing rabbit holes, as they might just turn your world around. 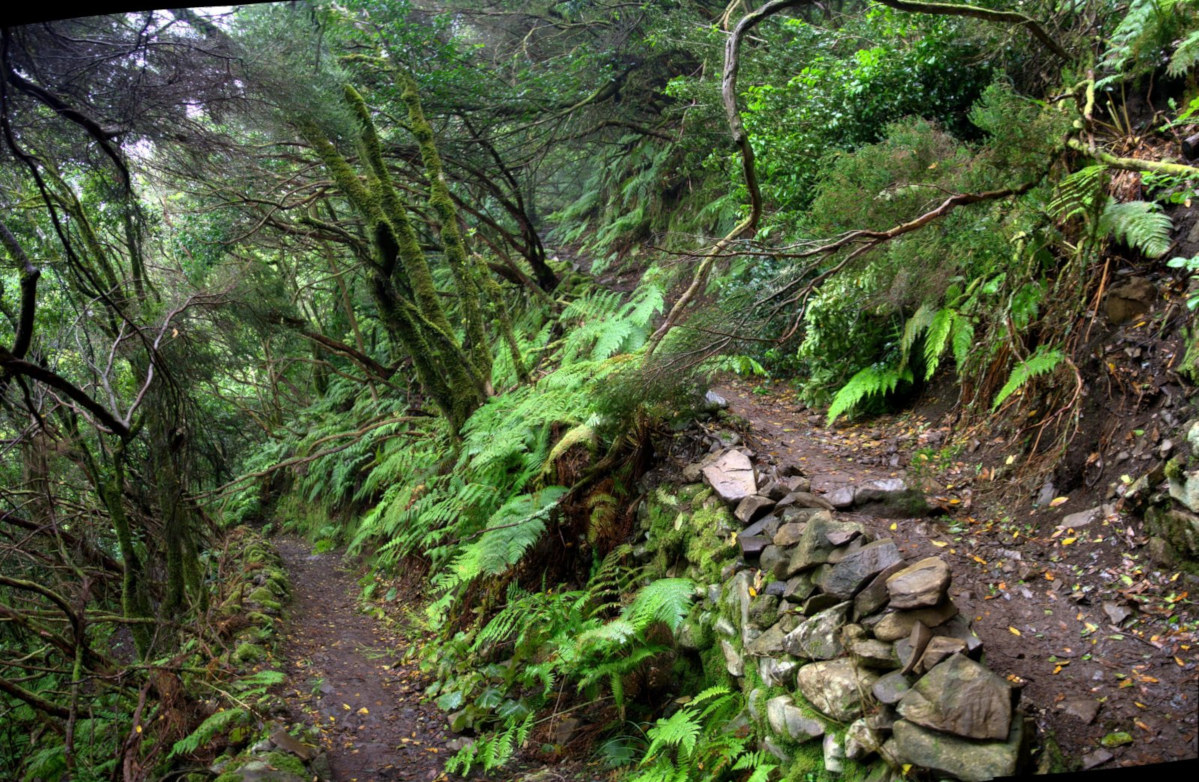 If it weren’t for mysterious woods and moss-covered forests, fairy-tale books would be a great deal thinner. Grandma, the goat family, the seven dwarfs… all possessed some real-estate in the grim shadow of the trees. On the island of Tenerife, you can walk through such an enchanted forest yourself. Its thick canopy keeps the light out, its labyrinth of trails disorientates you immediately and its humidity covers the valley with an ominous layer of fog. Enjoy a nice hike through the humongous woodland but – beware – you never know which mythical creatures or evil witches you might stumble upon behind the next tree. 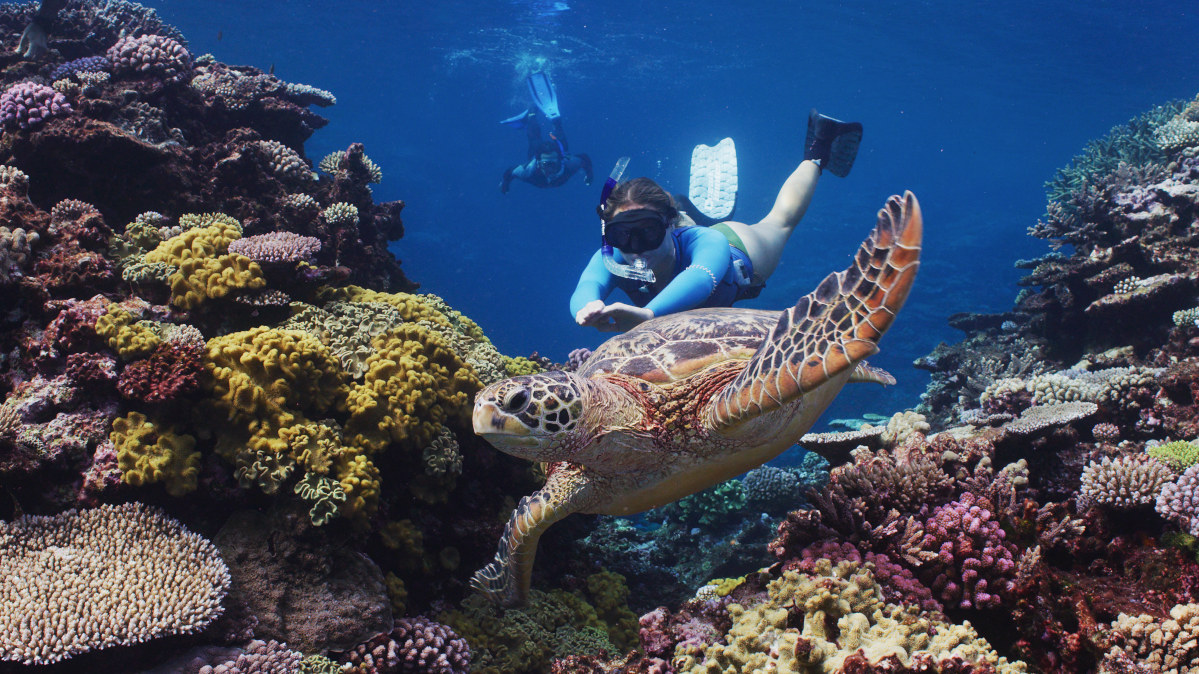 New Caledonia really is a magical place far, far away. As one of France’s most distant overseas territories, it is roughly a 25-hour flying-trip away from Paris. Nonetheless, it is worth your while as it is the home of one of the world’s most beautiful barrier reefs. Underneath the surface, divers and snorkelers discover a world of corals, anemones, tropical fishes and tortoises amongst which the little mermaid would fit nicely. The humongous reef surrounds all of Grande Terre – New Caledonia’s main island – and stretches up to 200 kilometres away from the shores. Unlike many other similar reefs, the one from New Caledonia is still in good health. Act, therefore, with the utmost respect and care if you decide to visit this underwater paradise. 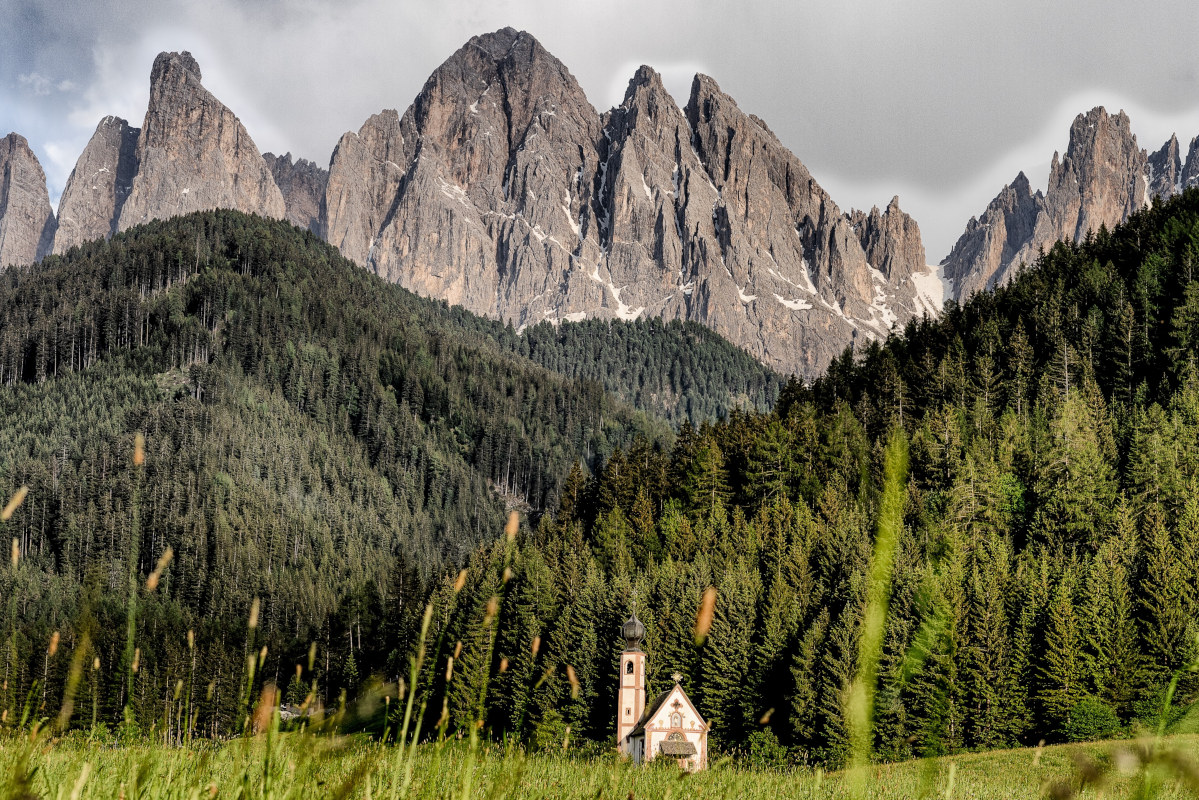 Santa Maddalena is the textbook definition of a hamlet. Located in the shadow of the mighty Dolomites, the handful of houses and the cosy churches nearly disappear in their surroundings. There is no bank, here, no restaurant or no post office. Just houses for its 478 villagers and two picture-perfect churches. When on a visit, take your time to enjoy the solitude, breathe the fresh air and take a relaxing hike. On Sunday morning, you can join the rest of the villagers at the beautiful San Giovanni Church, a charming building about a kilometre from the tiny centre. When the fairytale-like solitude starts to drive you crazy, the vibrant city of Bolanzo is just a one-hour drive away.

12 Southern European inventions that have changed the world