Ask anybody to name a Spanish wine region and they will most likely mention La Rioja. But over the last few decades, oenophiles and those in-the-know have also been talking about the Catalan region of Priorat.

Best-known are the area’s full-bodied, intense reds – Garnacha and Cariñena, whose highly concentrated, mineral character gives them a ripe and warm fruitiness, with powerful cherry, tar and liquorice notes.

But although the Priorat wines’ reputation may have only started shining internationally in recent years, wine is nothing new to the area. This dramatic, mountainous region, about two hours’ drive south-west of Barcelona in the province of Tarragona, has been home to wine-making since the 12th century, when Carthusian monks first settled and planted vines on the surrounding hillsides at the Priorato dei Scala Dei monastery. 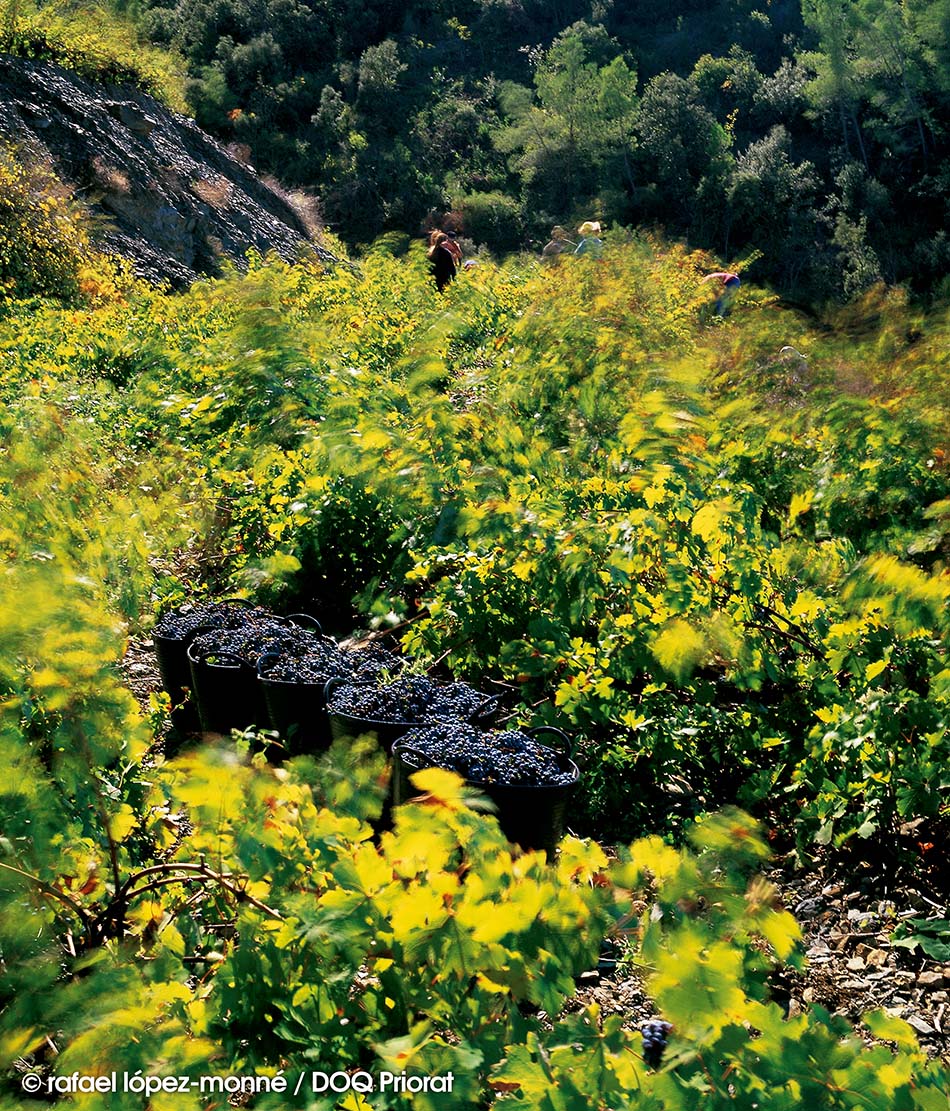 Covering a vast area of nearly 45 acres, the DOQ Priorat (Denominació d’Origen Qualificada Priorat) region is home to more than 550 wine growers. But unlike the vast, corporate wineries in some of Spain’s better known wine growing regions, many of the 106 vineyards in the Priorat are family-run businesses or co-operatives where the growers still take a personal pride and passion in cultivating and creating their highly individual wines. A large number of the wineries are now open to the public, and the region has its own designated wine route – the ‘Ruta del Vino’.

Many of the vines themselves date back over a century and, like any wine growing region, the climate has a profound effect on the wines. The region’s mountainous terrain means winters are intensely cold whilst summers are powerfully hot with minimal rainfall. With vines planted on the slopes and hillsides in the mountains and valleys dotted around the Siurana river, they produce an unusually small but high-quality harvest, and the result is wines which are intensely aromatic and flavoursome.

The Regulating Council of the DOQ has worked hard to preserve what has been a central part of local life and also certifies and approves each vineyard, its wine growing methods and its wines according to its strict quality control criteria and classifications.

“This is an exciting time for the wines of the Priorat,” says Salustià Àlvarez, president of the regulating council of the DOQ. “We have been making wines here for centuries so it’s wonderful that more and more people around the world are beginning to learn about our wines and enjoy them.”